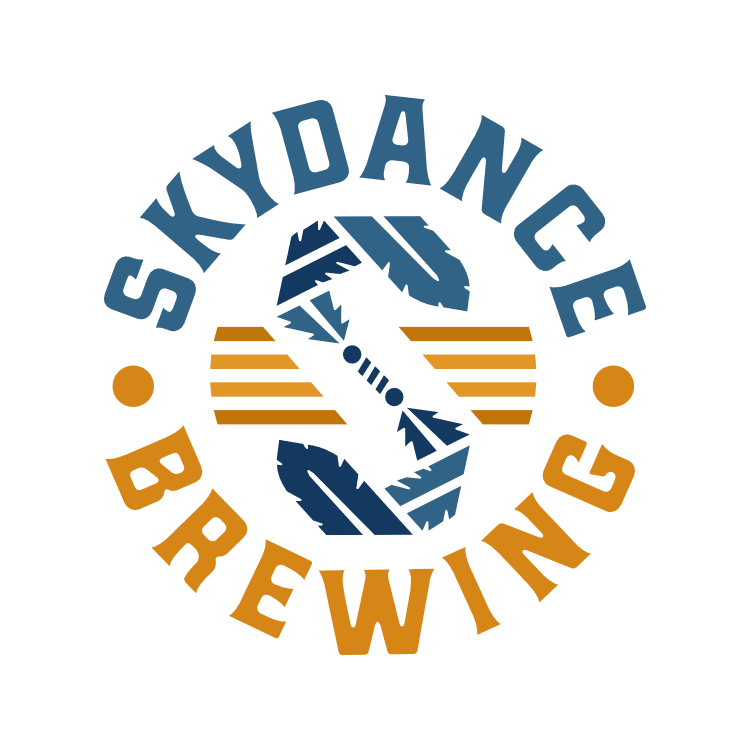 A New Season at Skydance | A Farewell to Brewers Union

In our Native American culture the end of one season and the transition to another is a very important time. For our ancestors, their way of life was totally dependent on and geared around those seasons. Ceremonies including dances and feasts took place as a major way of signaling those changes. Now we are changing seasons as a business and we will mark that occasion with a gathering of friends in the taproom. This Saturday, May 29th, 2021, we are holding our final taproom event at the Brewers Union. Once we close out the final tab on that night we will begin our move into our new location at 1 N.E. 7th St. in the Automobile Alley district of Oklahoma City. As we brew, package and serve beer for the final times in the facility that helped give us our start, I can’t help but think back at how crazy the journey has been over these past 29 months.

We honestly thought our time at the BU would last about 1 year. We had a building picked out, knew the equipment we wanted and were just working on loan applications as we got ready to move in to the BU, but signing a contract with the Brewers Union was the last thing that went as planned.

All entrepreneurs will tell you that things always go wrong when starting a business and your actual job is overcoming obstacles and putting out fires, but I have to believe that our circumstances were a little extreme. Just weeks from launching at the BU we had a falling out with business partners and had to buy them out. Immediately we found new investors to help afford that buy-out (having learned a lesson about finding “silent” investors….capitalize the Silent.) Then the pressures of borrowing nearly $1m for the new space and all that comes with starting a business led to a break-up with my co-founder and good friend. Just as we were overcoming all of that, signed a lease and began the design process (all about 9 months later than expected) we were hit by the worst pandemic of our lifetime. Our loan was on hold, meetings with our architect were halted and our focus was placed on just figuring out how to stay alive and how to keep selling beer.

There’s no need in this post to go too deep into all that happened during COVID, but without a doubt it played a huge role in making this time at the BU one hell of a journey!

In our 2.5 years at the Brewers Union we’ve been lucky enough to build some wonderful lifelong relationships. We didn’t know Matt and Brenton from Cross Timbers before they joined us there, but now I’m very proud to call them my friends. I think you can definitely look forward to seeing some collaborations in the future. Although, I don’t think Matt will ever drink bourbon with me again!!

Brad Stumph approached me at a beer festival at some point in 2017 and told me he was thinking about this co-op concept. Over 2 years later, we can confidently say that him giving us a platform to launch our brand early has helped ensure that we will hit the ground running when we open on 7th Street.

Greg Seal became someone who championed our beer to taproom customers for more than 2 years and I’ll definitely miss our conversations while he came in early to get the taproom set up. The most lasting memory I will have about Greg and Brad will be the way they hustled and innovated a way for us to make money during the worst part of the shutdown created by COVID. The relationships they had with people in our community was huge!

The team of bartenders who Greg found to help in the taproom was pretty impressive. I made a new friend in M.G. and we found our taproom manager, who we will remain nameless for a few more weeks.

There’s also a brotherhood that has been formed with the BU breweries that came before us. The folks at Vanessa House, Elk Valley, Angry Scotsman and Crossed Cannons have all become great friends of Skydance and have all been there to help us with knowledge and even brewing ingredients when we were short.

Then, of course, there’s the friendship we forged with the guys at OKC Soda. Michael Crowder, Mike Noonan and Pat Krencicki have become great friends of ours. The hours I have spent in the brewery with Mike Noonan have been entertaining to say the least. The importance he placed on trying to ensure our beer was taken care of in the brewery, despite not being his product, is something that is really hard to find in someone. I have literally seen Mike show up to help us at 4am and not leave until well after midnight. He helps us brew in the morning and then makes his soda at night and then shows up the next morning to fire up the canning line before the sun rises. He’s a true champ…a Guitar Champion!

We learned a lot over the past couple of years. For us, we knew we’d lose a little money during this time, we just didn’t realize how much, but we thought of it as a way to get our brand out there and to get things moving before we signed an expensive lease downtown. We looked at it as a marketing expense…..an expensive one, unfortunately!

The concept of the Brewers Union is an amazing idea. I still believe there’s a way for it to work. It’s just that with the development of the downtown OKC area, including Midtown, Automobile Alley, Film Row and even stretching out to the Plaza District and Paseo, it’s just incredibly difficult to attract a crowd in the BU’s current location on Meridian Ave. The importance of location may actually be the biggest lesson we learned at the BU, which is why we chose Automobile Alley.

As is the case in any chapter of life, we’ve had memories both good and bad during our time at the Brewers Union. In the end, it was all good, because it’s what happened. It created us as we are now. The challenging times forged us into the business we are now. We learned both what TO do and what NOT to do. We built toughness during some really difficult times. We overcame adversity that I believe would have, and actually has, destroyed some businesses. Most importantly, it’s the place where we sold our very first pour of Skydance beer…..to the late and great Mr. Tom Challis!!  In the end, this is our story and the Brewers Union is a part of it. A BIG part.

We hope to see many of you at the Brewers Union this Saturday, May 29th, to celebrate the end of this season in our life.